The ‘Gig Economy’ and the Rise of Interim Leadership 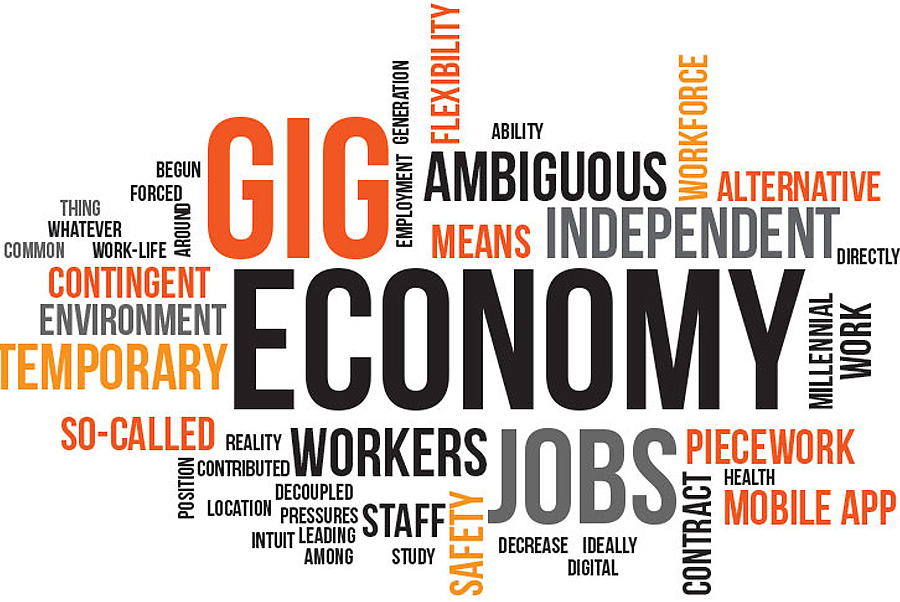 The work of Blackadder Associates across Australia tells us that times are moving quickly, and managers are moving even faster. Whether through retirement, organisation change or the greater mobility of the workforce, jobs for life are uncommon. When managers move on to other ventures they leave a temporary gap in the management team that must be filled. In this article, Will Taylor outlines how increasingly many Councils see the advantages of bringing in a highly experienced professional who can independently and carefully settle the organisation and provide the necessary leadership and expertise.

Entering the lexicon of modern business-speak is the phrase ‘gig economy’. Trying to pin down exactly what it means can be challenging, although it is clearly linked to the growing practice of flexible (and in particular temporary) working. In this article we examine why, in the context of the ‘gig economy’, a growing number of organisations are considering the temporary use of Interim Managers or Leaders.

The phrase “gig economy” first was coined a decade ago, in the wake of the Global Financial Crisis. Increasingly those made unemployed considered their options with some deciding to make a living by ‘gigging’, or working several part-time jobs, wherever they could.

Now, while the ‘gig economy’ is often most closely associated with low wages and zero-hours working, by contrast, highly skilled professionals taking up interim management assignments, command salaries commensurate with the expertise they have to offer. Their professional background, experience and knowledge can offer clients speedy results with the ability to lead transformation.

While interim managers have always been with us, they have been a relative rarity; the exception rather than the rule. However, within the context of flexible working inspired by the digital era, the rise of temporary or ‘gig’ working is on the increase, with the numbers of highly competent leaders available to undertake these types of assignments rising. This is in keeping with a trend across the country where increasingly flexible employment is the name of the game – according to the latest census data the number of Australians working part-time has increased by 14% since 2011. This matches a mood in Europe and the US where not everyone wants a job for life and value is placed on the freedom and flexibility. The traditional world of work, with its huge job hierarchies and longstanding leaders who have been with the organisation since the year dot, is increasingly a thing of the past.

In this context, it is useful to understand that a whole generation of millennials don’t necessarily view staying at any one organisation as an asset. In terms of the tenure of those occupying leadership roles, this is decreasing – CEOs are on average remaining in post for only seven years, a drop of 50% in the space of a single generation. It therefore hardly takes a gigantic leap in imagination to understand why an increasing number of organisations are seeking out interim leaders who are brought in for a specific business ‘gig’ – often related to implementing a radical change program.

In terms of a definition, an Interim Leader is the temporary supply of an appropriately experienced executive into an organisation. Based on their experience and expertise, these interims will typically manage an organisation through a change or transformation program, provide stability following the departure of a CEO, or provide a highly specialised skill set which the organisation does not possess. Sometimes, the interim route is chosen because a candidate for the role in question simply cannot be appointed quickly enough. Typically, interims are engaged for a period of three to nine months.

Based on my own experiences, I believe that the best interim leaders have a specific set of traits and experiences that can help solve major corporate issues, and, importantly, do not possess an overwhelming desire to be the boss on any sort of permanent basis.

Interim execs need to be blessed with the ability to ‘tell it as it is’. The ability to impart some home truths is vital as often interims are drafted in because something is not working well within the organisation. I can recall one interim CEO role I undertook in the UK where I unilaterally took the decision to immediately (temporarily) close a much loved and valued Council owned leisure facility, on the grounds of health and safety. This hugely popular facility had some serious safety flaws and was an accident waiting to happen. I couldn’t understand why the previous CEO had failed to act – I heard that he was afraid to tell the Council that their favorite facility needed to be closed for repair…. unbelievable!

Whereas traditional leaders adopt a holistic long-term view of an organisation’s evolution towards meeting its objectives, interim leaders focus on, what one commentator has described as, ‘creating a trajectory of sustainability and success’. There is no time for a ‘settling in’ period. Interim leaders need to be quick on the uptake – to have the ability to hit the ground running. This requires interims to be both supremely confident and ‘business savvy’ – a high degree of organisational awareness and emotional intelligence are necessary prerequisites.

In order that they can have a near instant impact, interim leaders will really do their homework, carrying out detailed research on the organisation they are entering before they join. Not everything can be sussed out in advance however and interims quickly need to determine how the informal power structure and office-gossip network operates. This of course means focusing not only on organisational outcomes but making time to use the ‘softer skills’ of communication, negotiation and collaboration with a view to building relationships and managing stakeholders.

So how does an organisation create a good interim leadership plan? The answer starts with how they approach interim leadership and how they view their own capabilities. In many instances this will require a shift in mindset, in particular a recognition of changing work patterns and preferences, particularly with regard to the ‘gig economy’. Organisations need to identify areas which need improvement and what results are expected.

As someone who has personal experience of ‘gigging’, undertaking interim leadership roles both in the UK and Australia, I would describe the appropriate use of interim managers as immensely valuable in terms of building organisational health. At the same time, it is, for too many organisations, an unexploited resource. As a former CEO, I also have experience of employing interim managers and without exception I have been delighted with the contribution they have made.

Finally, although I am a strong advocate of interim leadership as a career choice, I would add some words of warning. The skills required are not the same as those of a good permanently appointed corporate manager. Although interim management can be incredibly rewarding, with the opportunity to work on a wide range of projects alongside talented people while earning a lucrative pay rate, it is also a challenging ‘here today and gone tomorrow’ environment you are operating in. Some people thrive on the very temporary nature of the role, but at the same time other people enjoy the ‘comfort blanket’ of belonging to a big organisation. Personally speaking, I love interim roles, but I also recognise that it’s not for everyone.

Will Taylor is an author, consultant and speaker. He is a formerly a Council CEO and has widespread local government consultancy experience gained in the UK and Australia.